Sen. Chuck Schumer wants the federal government to crack down on a new kind of Chinese knock-off: e-cigarettes.

The Senate minority leader earlier this year called for the Food and Drug Administration to take a hard line on American e-cigarette companies that promote kid-friendly vape flavors like “juice box” and “candy cane.” He said Chinese manufacturers have since flooded the country’s convenience stores with counterfeit and potentially dangerous vape pods.

“I have to give the FDA credit, they did a very good job telling American manufacturers you can’t do this,” said Schumer. “But the Chinese don’t care. Like in so many other instances, Chinese companies violate our laws to make a fast profit.”

The fruity flavors have contributed to a nationwide trend of vape use among children. A 2018 study from the Centers for Disease Control and Prevention found that 28% of high school students reported using e-cigarettes at least 20 days a month, and more than 80% of children vape users use the candy-like flavors.

Many of the nefarious vape pods are sold online without age verification and Schumer said that’s the first place where regulators should turn their focus. He also wants U.S. Customs and Protection to do a better job of rooting out the smuggled goods at borders and ports and for the FDA to work with shop owners to keep them from being sold in stores.

“Because they’re counterfeit and unregulated they could be dangerous,” said Schumer. “They could contain more nicotine and tar than regular e-cigs.”

Border patrol agents in April seized more than 1,000 fake Juul pods in Philadelphia. Schumer said many of those were bound for New York and the seizure is a small indication of a much larger issue. 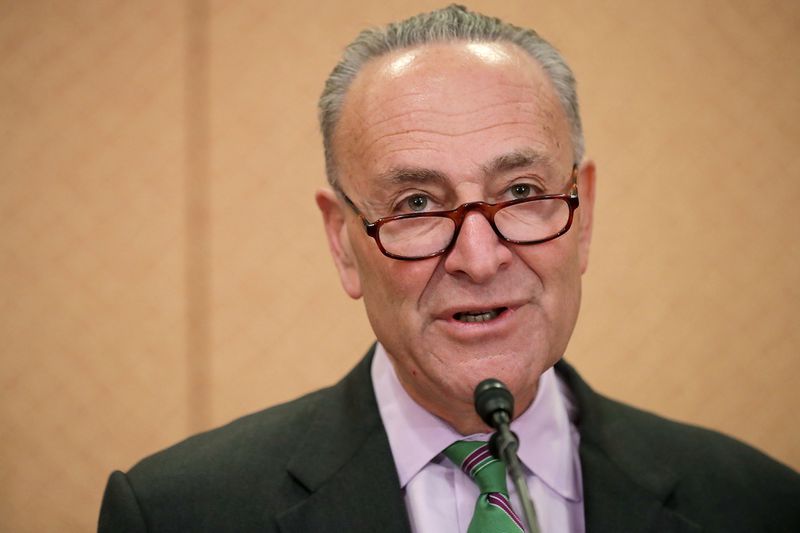