Former Food and Drug Administration (FDA) commissioner Scott Gottlieb expressed doubt that the scandal-laden Juul will ‘ever’ get approval from the agency he once headed up in a Friday interview.

‘Juul is in a hard spot to ever get their product approved,’ he said on a CNBC segment Friday.

After coming under fire dragging its heals on regulating e-cigarettes, the FDA proposed a regulatory pathway to market with a tight timeline for the products earlier this month.

But, before stepping down, Gottlieb launched a veritable war against Juul, whose slim, trendy devices and ad campaigns he – and other health officials – openly blame for driving the ‘teen vaping epidemic.’

In the Friday interview, Gottlieb said the company may be trying to wholly re-vamp its products to be ‘kid proof,’ but that the clock will likely run out before it succeeds.

When the FDA first provided some rules to govern e-cigarettes, in 2016, it gave the companies that make the products just a few months to get their applications for approval together.

But it quickly changed its tune, giving a nice, long lead time to companies like Juul to submit the applications by August 2022.

That did not go over well with public health officials and organizations.

In 2018, dozens of groups, including the American Medical Association, Campaign for Tobacco-Free Kids and the American Academy of Pediatrics filed a lawsuit against the FDA, demanding ‘immediate action to protect our kids,’ the groups said collectively in a statement.

The Maryland court agreed, ruling that the agency had indeed shirked its responsibility and needs to stop in to regulate e-cigarettes much sooner. 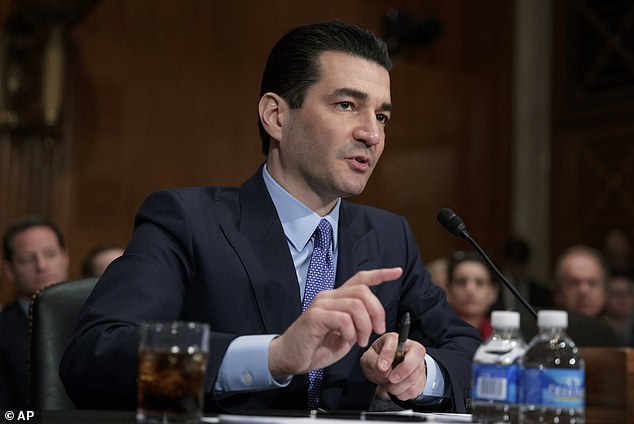