In an effort to combat what officials have called an “epidemic” of teen vaping, several Colorado communities have moved to further regulate tobacco sales through new laws that increase taxes or raise the legal age to buy such products.

But this week Aspen took a far more aggressive approach, becoming the first city in the state to ban the sale of all flavored nicotine products, including those containing menthol.

“It is, I think, our duty on council and in government to protect public health, and this ban, which I fully support, not only protects youth but tries to address addiction by adults,” Councilman Ward Hauenstein said during Monday night’s meeting.

Only 37 other cities in the U.S. — including Chicago, San Francisco and Minneapolis — have passed such sweeping restrictions on the sale of flavored tobacco products, according to the Campaign for Tobacco-Free Kids, which submitted a letter to the Aspen council supporting that city’s flavor ban.

Flavored nicotine products, especially those used in e-cigarettes and vaping devices, have come under fire by state and federal health officials, who say they draw teenagers, and even children, to vaping. Other than menthol, vaping products’ flavors can include creme brulee, mint, cucumber and mango.

The Food and Drug Administration has referred to the use of e-cigarettes by teenagers as an “epidemic,” while Colorado’s high rate of teen vaping has drawn the attention of the state’s two most recent governors.

This year, Gov. Jared Polis introduced a plan to create an excise tax on vaping products and increase taxes on all nicotine products. The bill failed but followed a push by then-Gov. John Hickenlooper in November to increase regulation of e-cigarettes. 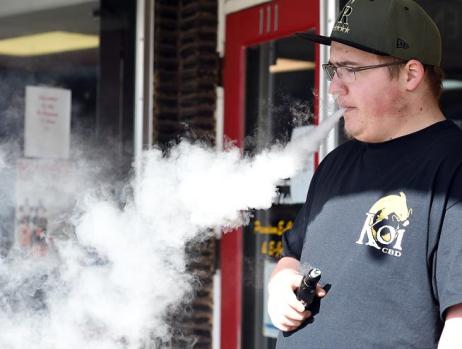