Vape-makers have garnered the attention of U.S. regulators for how they are marketing their products. In warning letters to Solace Vapor, Hype City Vapors, Humble Juice Co. and Artist Liquid Labs dated June 7, the U.S. Food and Drug Administration and the Federal Trade Commission together called out the four vape manufacturers for failing to ensure that the influencers they paid to promote their products declared the sponsored nature of their posts and included a legally-mandated nicotine warning statement in connection with such posts.

In addition to alerting the companies to the fact that all social media posts advertising “cigarette tobacco, roll-your-own tobacco, and covered tobacco products (other than cigars), such as e-liquid products” must include specific warning language (“WARNING:  This product contains nicotine.  Nicotine is an addictive chemical.”), the regulatory agencies state that such posts also require disclosures about their sponsored nature.

“If your company has a material connection” – or in other words, “a connection that might affect the weight or credibility that consumers give the endorsement” – “to someone endorsing your products, that relationship should be clearly and conspicuously disclosed in the endorsements, unless the relationship is otherwise apparent,” the letters state, in accordance with the FTC’s guidelines.

Specifically addressing the requirement that disclosure language be “clear” and “conspicuous,” the FTC states that “an endorser should disclose any material connection above the ‘more’ button [on Instagram].”  Additionally, “Where there are multiple tags, hashtags, or links, readers may just skip over them, especially where they appear at the end of a long post.”

These directives apply across all influencer marketing, meaning that fashion and beauty brands and influencers should take note.

The companies must now submit written responses to the FDA and FTC within 15 working days of receiving the letters “describing your corrective actions, including the dates on which you discontinued the violative labeling, advertising, sale, and/or distribution of these tobacco products and your plan for maintaining compliance.”

While the FDA and FTC’s letters specifically spotlight the social media posts from influencers, such as Pandora Blue, Parker Hornaday, Jay Shrek, and SmileKing40, whose follower counts range from 10,000 to 1.7 million, these individuals are not on the receiving end of agency letters. To date, the FTC has been relatively hesitant in naming individual influencers in its warning actions, opting, instead, to focus on the companies at play.

The agency – which is with promoting consumer protection, and eliminating and preventing anticompetitive business practices – focused on celebrities and influencers to an extent in two batches of letters sent in 2017, but it did not formally initiate proceedings against any of the influencers, and is facing scrutiny for its failure to do more. 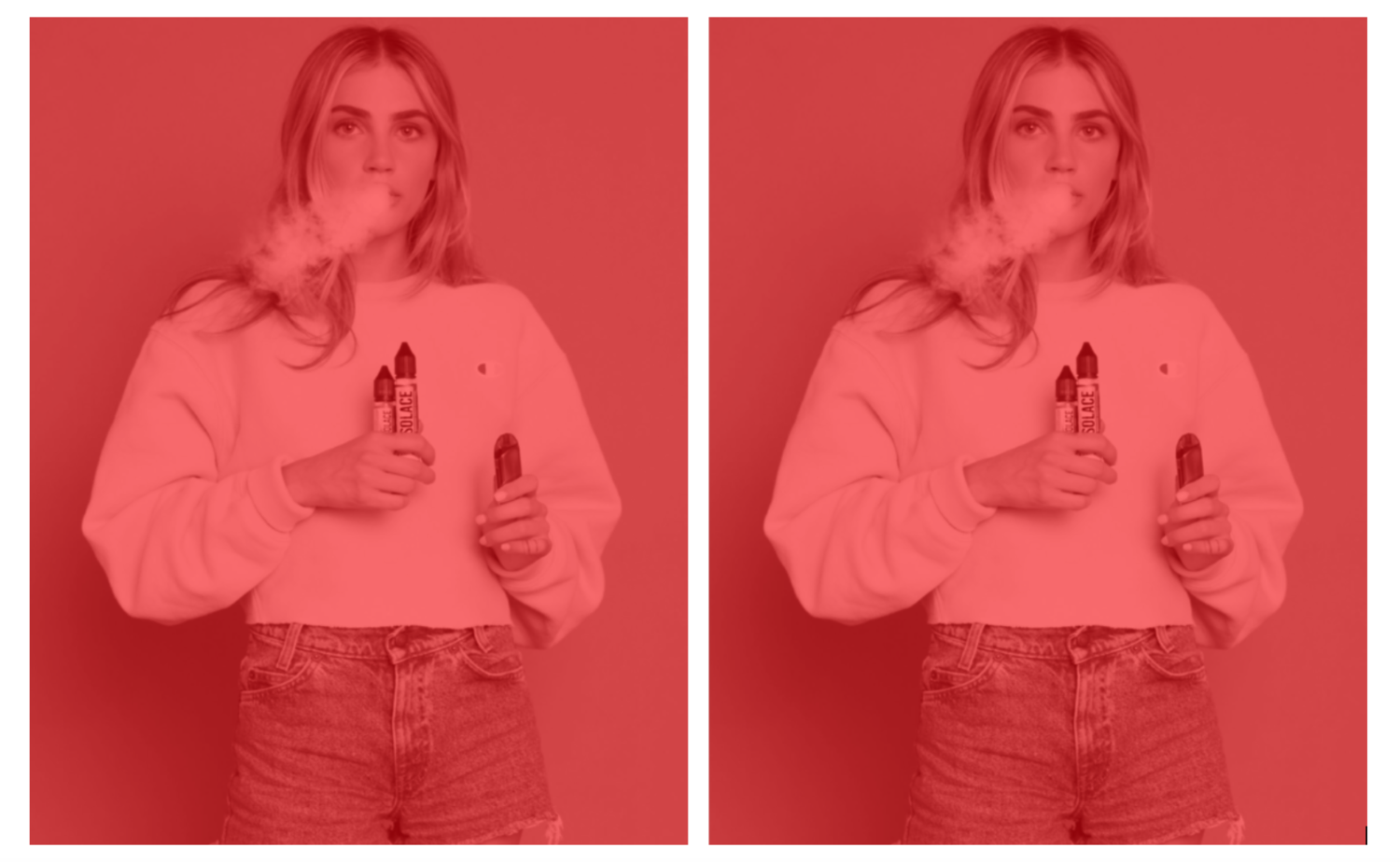