The science community has not done the vaping industry any favors by discovering the many ills associated with e-cigarettes. Adding to a growing list of health concerns that includes wheezing, heart disease, and popcorn lung, scientists publishing in the American Journal of Respiratory and Critical Care Medicine on Friday reveal a new consequence of vaping: even stickier phlegm and mucus.

It’s already established that tobacco smoke from regular cigarettes makes it hard for the airways to clear phlegm and mucus from the lungs. Building on their previous work in the field, the team of researchers from the University of Kansas, University of Miami, and Mt. Sinai Medical Center in Miami Beach shows in the study that the same goes for the vapor from e-cigarettes, which contains the same airway-impairing agent that’s found in tobacco smoke: nicotine.

“The question was whether vape containing nicotine had negative effects on the ability to clear secretions from the airways similar to tobacco smoke,” said senior author and University of Kansas Medical Center professor Dr. Matthias Salathe. As the team found in the lung cells of humans and sheep, the answer is a resounding yes.

The body naturally produces mucus and phlegm, but it also naturally clears it. Mucus is the loose, goopy substance that helps keep wet surfaces wet, like the insides of the nose and the lining of the throat. Thick, sticky phlegm is slightly different, produced by the lower airways in response to inflammation. Both substances can trigger coughing and trouble breathing if the body’s natural ability to brush them out and upward through the nose or mouth — where they’re either expelled or swallowed (gross) — is impaired. Unfortunately for vapers, that’s what the nicotine in vape juice is now linked to. 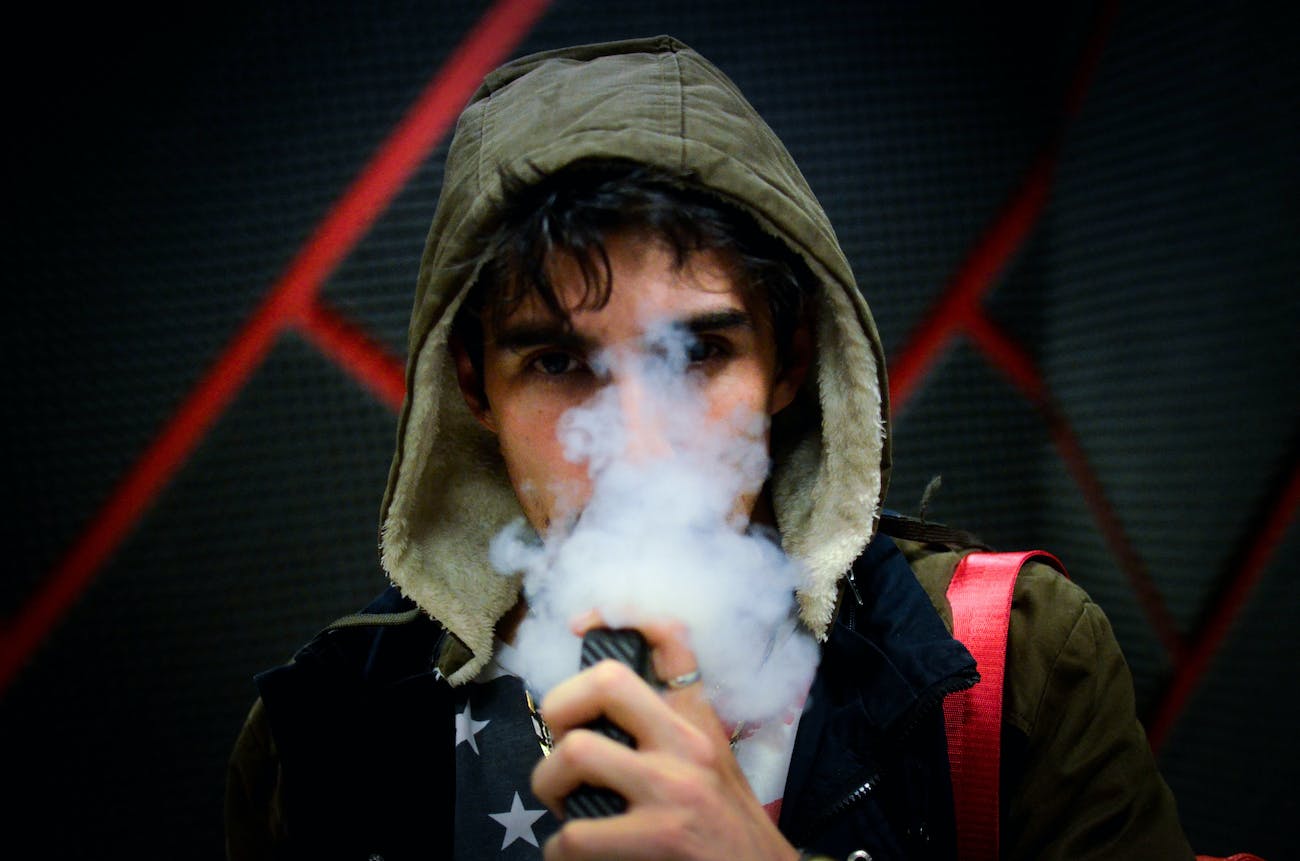