BOSTON – Ten months after Massachusetts became the sixth state to raise its tobacco-buying age to 21, Rep. Danielle Gregoire said she has “real hope” a ban on flavored tobacco and vaping products will pass this year or next.

The daughter of two smokers, Gregoire said her dad had a heart attack at age 37, had all the valves in his heart bypassed 10 years later, and had a stroke at age 51. She said she calls him “the bionic man” but that doctors at this point are reluctant to perform other health procedures he needs because of the age of his bypasses.

“When I talk to the speaker or the majority leader about the flavor ban bill, they say to me ‘Why is this so important to you?’ and then I talk about what I went through as a young child and what we’re putting a whole new generation of youth through if we don’t stop this predatory practice of e-cigarette companies,” said Gregoire, a Marlborough Democrat who co-chairs the State Administration and Regulatory Oversight Committee.

Last July, Gov. Charlie Baker signed a law raising the age to purchase tobacco from 18 to 21, a move supporters said would help keep tobacco products out of the social circles of younger teens.

This year, policymakers are eyeing approaches aimed at curbing e-cigarette access and use among young people.

Gregoire and Sen. John Keenan of Quincy filed bills (S 1279, H 1902) that would ban the sale of all flavored tobacco products in Massachusetts. The federal government banned all flavors of cigarettes except mint and menthol in 2009. The bills here would also ban those flavors.

More than 160 communities in Massachusetts have restricted the sale of flavored tobacco products in some way, according to Allyson Perron of the American Heart Association. 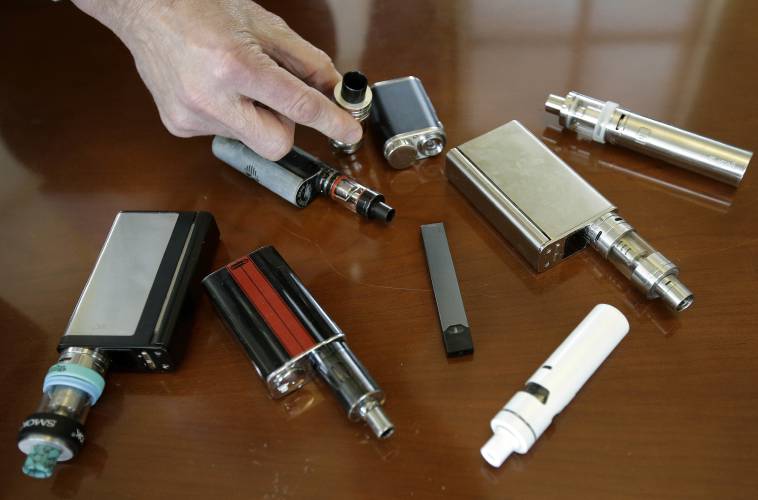