Minnesota teen tobacco and nicotine use are on the rise, and experts and public health officials believe it’s because of the growing popularity of electronic cigarettes – considered a hazardous trend amongst children, teens and young adults.

According to the Minnesota Department of Health’s 2017 Minnesota Youth Tobacco Survey, one in four middle school and high school students in the state had tried e-cigarettes, which are small, battery-powered devices that heat e-liquid, or “e-juice,” to produce a vapor that’s inhaled.

The survey also found that nearly 20 percent of high schoolers used e-cigarettes in the past 30 days, compared to more than 9 percent who used regular cigarettes. Since 2014, e-cigarette use in Minnesota has increased by nearly 50 percent among high school students, and their use is now double the conventional cigarette use.

Hoffmann said SHIP and other health officials are concerned about what nicotine does to adolescents’ developing brains. She said early nicotine use in teens and children changes brain chemistry, making youth more susceptible to addiction. Because the brain is still developing well into the mid-20s, adolescents can become addicted to nicotine more easily than adults. The use of nicotine in adolescents may also affect learning, memory and cognitive abilities. 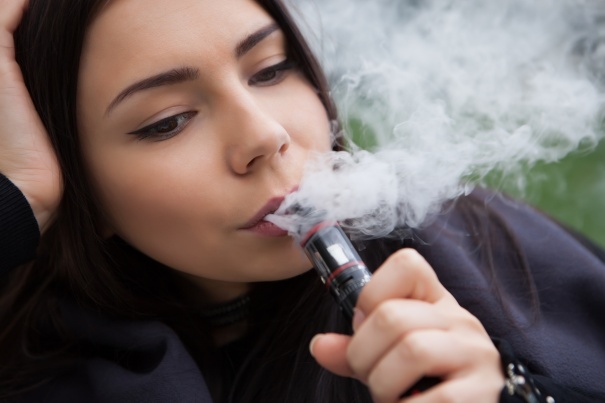