A proposed ban on the sale of flavored tobacco products in San Rafael could result in an estimated loss of up to $100,000 in sales tax revenue annually, according to city staff.

That estimate is an extrapolation from an economic impact report done in San Francisco called “Banning the Sale of Flavored Tobacco Products,” said Ethan Guy, principal analyst for the city’s community development department.

“Tobacco isn’t separated out from how sales tax is reported,” Guy said. “Our way of trying to figure that out was using the analysis done in San Francisco.”

Staffers used the report to estimate the economic impact of two scenarios: an outright flavored tobacco ban, and a ban where there is an exemption for retailers that have an adults-only policy to be on the premises. Both versions of the ban are up for consideration by the City Council on Monday.

With an exemption in place, that loss of sales tax revenue is more like $25,000, Guy said.

In order to consider whether the ban is right for the city, Joanne Webster, CEO of the Chamber of Commerce, said the City Council should be presented with an economic analysis.

“When the council is faced with any new ordinance or regulations where there could be an economic cost, an analysis should be done,” she said. “It’s an important part of the discussion that needs to be had whenever they’re looking at regulations.”

The proposal comes as the push to ban the sale of flavored tobacco products across the state is heating up. Activists and health officials say the rising incidence of teen vaping is an epidemic, fueling the call to action.

Willis said tobacco is the leading cause of preventable death nationally, with 480,000 deaths and a cost of $289 billion annually. In Marin, one in 10 residents uses tobacco, with $138 million estimated yearly costs in health care and loss of productivity, he said.

“Up until age 25, the brain is not fully developed,” Willis said. “And those between ages 21-25 (a group heavily targeted by the vape industry) can go into the stores if they are exempted and deepen their addiction while arresting their brain’s development.” 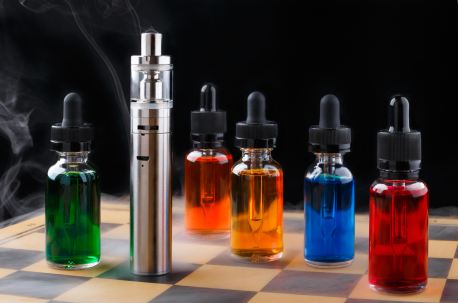